The Differences Between Czech and American Shepherds 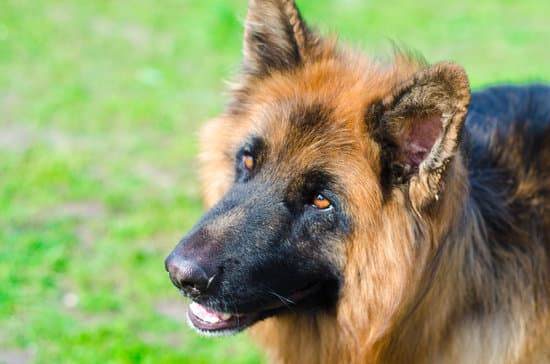 The German Shepherd, also known as the Alsatian, is part of the UKC/AKC, Herding Group, and originated from Germany. This breed was developed during the early 20th century, and used for military and police work.

Today, this magnificent breed is still used as a guide, search and rescue dog, and for police and military work. It is one of the most popular dog breeds throughout the world.

The GSD is a large and powerful dog breed, that is muscular and longer than tall. With large prick ears; a black nose; and wonderfully intelligent almond-shaped eyes, the GSD has a powerful and strong neck. The back slopes down to the tail which is set low and curves slightly upwards. The GSD has a double coat that has a short and dense undercoat and a much thicker and fuller outer coat. The hair may be thicker at the neck and thighs. The coat comes in rich colors like black and tan, black and red, solid black, and various sable shades.

You might be thinking: Is there any difference? Start thinking temperament, confirmation, coloring, and movement. So you’re undecided on which line of pups is best for you and your family. Asking yourself first if you want a working dog, family, or show dog? Temperaments differ greatly. Start by making a list of all the qualities you are looking for in your Shepherd. Pink papered imported pups from Germany are free of hip dysplasia and come from generations of parents that are free of hip dysplasia and that have Schutzhund titles.

History of the Western and Eastern Shepherd

From 1949 until 1990, Germany was divided into the Deutsche Demokratische Republik (DDR) in the East, and the Federal Republic of Germany in the West. The DDR, being a communist state under influence from the USSR, was kept separate from West Germany. This separation is what caused the split in German shepherd bloodlines that persists to this day.

The working lines were bred to have a high pain tolerance so that they could endure the hardships of protection work and border patrol. They are mostly black and tan, all black and sometimes sable in color.

To German shepherd breeders, their dog’s working ability was most important, and then came the outstanding looks. The West German show lines are the most popular worldwide. These dogs are mostly black and red and exhibit a fluid, ground-eating trot.

The Czech lines were originally bred in Communist Czech as state working dogs.

Some people consider the West German lines to be superior, arguing that the DDR/Czech lines were developed before the split between working and show lines, and are not extraordinary in either discipline. Both lines were recovered from the original German bloodlines after WWII, and both have been continuously built up and bred for working qualities over the past 60 years. The bottom line is that they are both working line dogs. Show lines are a better choice for homes with children and working lines for protection work.

The German Shepherd is an even-tempered dog that is self-confident, courageous, intelligent, and loyal. This breed is also affectionate with children and family members. Because the breed is highly trainable it does well with obedience training, as well as dog sports like agility, herding, obedience rally, and tracking. The German Shepherd can adapt to living in the city if well-exercised and socialized. This breed does best with an active family that enjoys the outdoors.

High-quality dog food for the appropriate life stage is recommended for the German Shepherd. Pet parents should never underestimate the importance of a well-balanced diet. That said, dog food that works for one dog, may not work for another. German Shepherddog parentsshould assess their dog’s activity level, age, breed, and any medical conditions that he or she may be prone to.Some dog food formulas contain probiotics, salmon oil, and guaranteed calcium and phosphorus levels to help support the healthy development of your pup’s teeth and bones.

For senior German Shepherd dogs, look for recipes that offer glucosamine and chondroitin for hip and joint wellness.Consult with your veterinarian for the very best nutritional advice for your Shepherd. Learn about which human food, inclusive of fresh fruits, yogurt, and veggies you can give.

The German Shepherd is a healthy dog breed that may be susceptible to the following health conditions:

The magnificent German Shepherd is an active, intelligent, and highly trainable dog breed. This breed has a strong work drive. The Shepherd adores all family members and is also protective and territorial. Children need to be supervised around this breed. Because the Shepherd is very devoted to family, it does not do well alone all day. This dog breed needs to be around other people, animals, and livestock if possible. The German Shepherd has to have consistent exercise in the forms of long hikes and off-leash hikes. This breed needs to begin puppy training classes early on, and socialization during puppyhood.

The German Shepherd has a medium-length double coat that does well with daily grooming. With a dense, harsh outer coat and a soft undercoat, a quick brushing every day suffices. Rubber grooming mitts also make grooming more thorough by removing dead hair. The German Shepherd sheds twice a year, and extra grooming will be needed than with a slicker brush to remove loose hair. As usual, pawdicures are a must, as is daily brushing of teeth to prevent periodontal disease. Ears need to be inspected regularly for ear infections and wiped weekly with doggie wipes.

According toFido Friendly, Richard Vigne, and Daryll Pleasants founders of White Paw Limited, a UK based company owned by Daryll Pleasance, whose goal is to develop ‘triple role dogs’ and ultimately put an end to poaching. Vigne adds, “These are animals with a variety of skills. Dogs are actually a new area for conservationists such as myself. We believe that properly trained and deployed dogs can act as a significant deterrent to poachers, as well as helping us to cut the costs of enforcing the security needed to protect rhinos and elephants across this part of Kenya.”

“Dogs are trained under the supervision of White Paw Limited, a UK based company owned by Daryll Pleasance. We aim to develop so-called ‘triple role dogs’—these are animals with a variety of skills including trackers, search (ivory, rhino horn, ammunition, explosives,) patrol and assault,” explains Pleasance. The Black Rhino is extremely endangered, and conservationists are doing all they can to protect these ‘valuable’ animals from extinction.”

The German Shepherd has always been widely used by police and the military throughout the world. When bred by reputable breeders, and positively trained with active outdoor lifestyles, there is no other breed like the German Shepherd, regardless of which country they come from.

When adopting a German Shepherd, it’s important to spend time with this breed to find out more about all behavioral issues. Some Shepherd adolescents may be more energetic or playful than others. This breed does best with expert pet parents that have an active lifestyle, and a large backyard or farm. As with any dog adoption, make sure that you have the time and resources to take good care of your German ShepherdThis is such a wonderful breed to adopt but will need plenty of one-on-one time with regular positive dog training classes and socialization starting day one.

The Best Six Breeds of Tracking Dogs for 2020