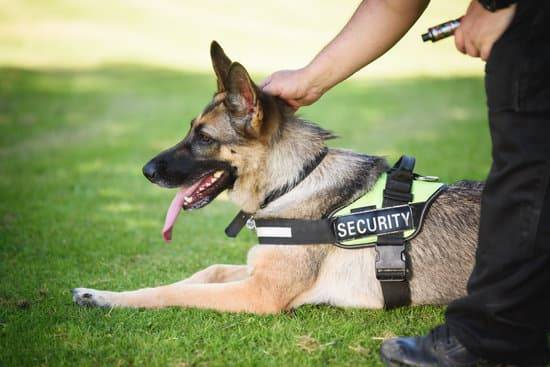 Guard Dogs for the Home

We all adore guard dog breeds like the German Shepherd and Malinois that not only make for the best companions, but help to protect, and have been part of law enforcement for years. Easy to work with and train, police guard dogs make for exceptional personal protection dogs. That’s not to say that mixed dog breeds don’t make the cut!

Mixed or pure breed police dogs help to protect citizens during natural disasters, pandemics, civil unrest, and during times when crime rates may be high. In this article, we’ll discuss the three best police dog breeds.

Why Choose a Police Guard Dog Breed for Your Home?

We’re passionate aboutGerman Shepherds, Czech Shepherds, and the Belgian Malinois, their integrity, superior intelligence, loyalty, and almost human-like companionship. That said, we’re going to zoom into what makes these police dog breeds probably the best dog breeds out when it comes to protection, companionship, and just having them around 24/7!

Just because these working dog breeds or K-9’s are most popular as police dog breeds, does not mean that they’re aggressive at home. The best guard dog breeds are exceptional when well-trained, and do well living in apartments, urban and rural areas throughout the world. That said, regular exercise, training, and early socialization is key to having a well-balanced dog in your home. If you don’t start with all three early on during puppyhood, you may have a hard time later on.

Police guard dog breeds adapt easily to new environments but need to have the right amount of positive dog training, socialization, exercise, and mental stimulation starting during puppyhood. To have a well- balanced and pleasant police guard dog breed at home in a domestic environment means understanding these breeds, and what they need every single day!

Dog breeds and the C-BARQ test

According to an ongoing study by animal behaviorist and founder of theC-BARQ test, Dr. James Serpell, University of Pennsylvania, Center for Interaction of Animals & Society, there’s a lot more to a dog breed than you may think. He adds that the main purpose that we have dogs is for companionship; nonetheless many of our breeds still carry their original behavioral predispositions like chasing, hunting, and being aggressive.

Variation among given breeds

In this large study involving more than 80,000 individual dogs, Dr. Serpell points out that there’s plenty of variation among any given breed, most especially when it relates toaggression. What’s most interesting is that this study demonstrates how our dogs gather signals from us, even when we’re not giving our dogs any direct signals. Dr. Serpell also discusses how our personality influences our canines and does affect the way our dogs behave.

Dogs had been used for herding, hunting, and protecting many years ago. Yet, breeders began wanting to breed for aesthetic purposes during the mid-19th century.

The C-BARQ which is an online tool that dog owners use to fill out and rate their dog’s behavior, questions pet parents as to how their dogs respond to certain stimuli in their environment. Today with more than 80,000 surveys, Dr. Serpell has gathered one of the largest databases for canine behavioral information.

The breeds that were used for fighting and for guard dog purposes like the Pit Bull and the Akita tended to demonstrate extreme aggression on the C-BARQ test. Yet, if you think that these are the most aggressive breeds, think again! The tiny Dachshund tests as the most aggressive of all, and shows aggression towards other dogs, new people, and even their own human parents!

Dr. Serpell explains that the data obtained from the C-BARQ indicates that breed traits are not as cut and dry, as one would imagine. He adds that there is no other animal similar to our furry best friend that has such vast behavioral and appearance differences. Dr. Serpell suggests that the variety is man-made and started when humans started breeding for certain traits or behaviors.

The reason for this study is to examine how deeply ingrained certain canine behaviors actually are. Nonetheless, he faced a problem. Studying domesticated dogs meant having to study them inside their own homes. It was because of this that he created the C-BARQ online test.

Today, a majority of U.S cities have a few police dogs. Dogs were used in the police force during the late 1800s in Germany and Belgium. By the early 1900s, many European countries were using these dogs, as well as Australia. The first police dog used in the U.S was by the New York City Police Department in 1907. That said, here are some police dog jobs that these dogs specialize in:

The Most Popular Police Dog Breeds

There are numerous dog breeds that make for good police dogs. These include the following:

Dogs and people have always worked together since the beginning as livestock guardians, police and military dogs, herding dogs, and assisting dogs for people with disabilities. That said, the work that we put into our dogs during puppyhood like positive dog training and socialization will most times result in a well-balanced companion and guard dog that is loyal, yet protective over family and property.

Today, police dogs work together with their handlers day in and day out. They travel via police car to go to work, and most times go home with them at night. Police dogs are better socialized when they do this, and become less aggressive when together with family and friends. When looking for the best police dog breeds one looks for the following breed traits:

Loved by all, the Belgian Malinois is a high-energy dog breed that originated in Belgium in the late 19th century. These dogs were used as herding dogs and livestock guardians. Recognized as smart, confident, and hardworking, the Belgian Malinois ranks 43 out of 196 in AKC breed popularity.

This dog breed is a one-person dog that forms strong bonds with his handler. As a highly trainable dog breed, they make for perfect companions at home with family and children. That said, this breed is not only super intelligent but highly energetic and responsive to work with.

Keep in mind that the Malinois has a high prey drive, and enjoys chasing moving things. They need to be trained not to chase small children and pets, and even moving cars.

The Belgian Malinois does best with a highly experienced dog parent that is keen on positive dog training, and early socialization. Dog sports are a must for this dog breed to expend excess energy, encourage socialization, and promote environmental stimulation.

The American Kennel Club (AKC) adds that “Correct temperament is essential to the working character of the Belgian Malinois. The breed is confident, exhibiting neither shyness nor aggressiveness in new situations.

The dog may be reserved with strangers but is affectionate with his own people. He is naturally protective of his owner's person and property without being overly aggressive. The Belgian Malinois possesses a strong desire to work and is quick and responsive to commands from his owner.

As one of the most intelligent breeds, the Belgian Malinois may be difficult during adolescence, and one needs to take into consideration that a high prey drive combined with a dynamic and high activity level may be exhausting for some pet parents.

On the other hand, if you’re all in, and want to have fun with agility, obedience, tracking, lots of off-leash runs, and of course plenty of positive dog training and socialization throughout your dog’s life, the Belgian Malinois may be the perfect police dog breed for you!

TheGerman Shepherd does well living in city, suburban, or rural environments, but needs an active family life that encourages daily exercise, and plenty of dog sporting activities. This breed needs early socialization, plenty of handling during puppyhood, and of course, positive dog training starting during puppyhood.

The AKC adds that this breed is considered the “dog kind’s finest all-purpose worker”. “The German Shepherd dog is a large, agile, muscular dog of noble character and high intelligence. Loyal, confident, courageous, and steady, the German Shepherd is truly a dog lover’s delight.”

But this says it all: “But experts say their defining attribute is character: loyalty, courage, confidence, the ability to learn commands for many tasks, and the willingness to put their life on the line in defense of loved ones. German Shepherds will be gentle family pets and steadfast guardians, but, the breed standard says, there’s a “certain aloofness that does not lend itself to immediate and indiscriminate friendships,” (AKC.)

The Czech Shepherd has a large blocky head with big bone structure and is much leaner in build. These shepherds have straighter backs and fewer problems with hip dysplasia. However, they are very high-energy dogs, and need plenty of exercise and dog sports like rally, obedience, agility, tracking, and so forth.

Some people consider the West German lines to be superior, arguing that the DDR/Czech lines were developed before the split between working and show lines, and are not extraordinary in either discipline. Both lines were recovered from the original German bloodlines after WWII, and both have been continuously built up and bred for working qualities over the past 60 years.

The bottom line is that they are both working line dogs. Show lines are a better choice for homes with children and working lines for protection work.

That said if you’re not sure as to whether you should get a German Shepherd or Czech Shepherd, keep in mind that American Shepherds have a calmer temperament and a lower energy drive, so they may be easier to have at home around children.

Today, the use of police dogs for home protection is popular for many reasons. As guard dogs, they have a natural ability to guard and protect, while being a good companion dog at the same time. Police dogs do what they are trained to do from using their noses to sniff out explosives, contraband drugs, weapons, currency, and even banned agricultural goods.

Although many police dogs are bred and raised in Europe, there are also U.S breed programs. Some police dogs are also adopted from animal shelters. These dogs receive intense training from handlers.

All police dog breeds need to have a combination of socialization and positive dog training, and while some dogs may be more difficult to train than others, you’ll need to read about and understand your dog breed before bringing him home to ensure that you’ll be a successful dog parent. 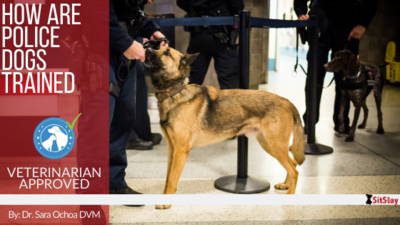 How Are Police Dogs Trained? 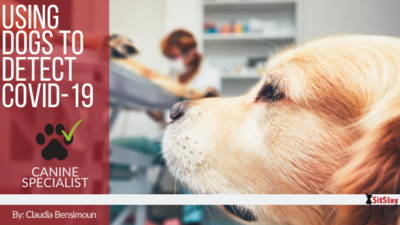 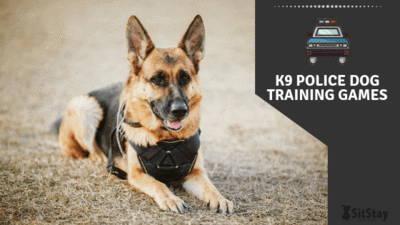