How Do You Treat Periodontal Disease in Dogs? 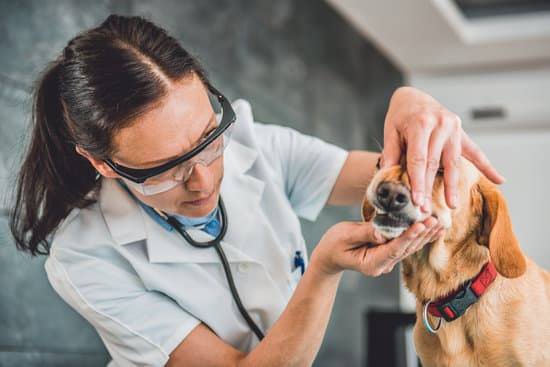 Many owners want what’s best for their pets. Some are quite skilled at bathing their dogs, cleaning their ears, and clipping their nails.

They are brought in twice a year for examinations, vaccinations, and other preventive care. But when it comes to their pup’s oral health, what should the average owner know?

Like with human dentists, most veterinary dentists would prefer that you brush your dog’s teeth every day. It only takes about 30 seconds – about as long as a TV commercial – to achieve this, and it can make a huge difference in the occurrence of periodontal disease.

What is Periodontal Disease?

Dogs with periodontal disease start out with gingivitis due to bacteria in the mouth. This bacteria forms aplaque or biofilm that sticks to the teeth and is difficult to remove with antibiotics alone. Physical movements (like with brushing) are necessary to remove plaque.

After a short period of time, untreated plaque can harden and becomestartar orcalculus due to the way that it binds with calcium in your dog’s saliva. This calculus can accumulate and cause severe gingivitis. Bacteria becomes trapped in the pocket that forms between the tooth and the gums called thegingivalsulcus, and this infection will eventually cause tooth root exposure and bone loss.

Teeth can become so mobile that they may fall out of their sockets! And because of how easily inflamed gums can bleed, oral bacteria can get into a dog’s bloodstream, making its way to the heart and causingendocarditis.

Poor hygiene is one of the most significant contributors to periodontal disease. It only takes a few days for plaque to become tartar, and this length of time will vary among different breeds of dog. It is also common for smaller dog breeds to have a greater risk of periodontal disease because they often have crowded teeth in their tiny mouths. Crowded teeth can trap more plaque and tartar between them.

As a pet owner, you may suspect that your dog has the dental disease if it hurts for him to chew his food. He may appear to chew food on one side of his mouth, or he might drool a lot when he eats. He may also seem to drop food while he chews.

In more extreme cases, like with tooth root abscesses, you may start to see a large soft swelling in the skin around his muzzle, chin, or below his eye. Dogs with early dental disease may have minor changes like bad breath. Dogs with more advanced disease may have bleeding gums and even mobile teeth.

How to treat periodontal disease in dogs

Prevention is one of the most important and effective ways to prevent periodontal disease. Ideally, brushing once daily is your best bet. Any soft-bristled toothbrush will be sufficient, and just like with your own toothbrush, consider changing it out for a new one every three months. Dogs should not use human toothpaste for brushing. Instead, there are many doggie-friendly kinds of toothpaste on the market. These usually come in tasty flavors like chicken or peanut butter. If your dog does not like his toothbrush, a finger-brush may be easier to use.

Dental chews and other products can also be effective. Dental chews should be able to bend or “give” slightly because chews that are too hard like bones can cause teeth to fracture. The chewing action will help to physically remove plaque before it hardens. Oral hygiene rinses are effective at limiting the number of bacteria in the mouth temporarily, and dental water additives serve a similar purpose. There are also dental wipes to help manually remove plaque, and therapeutic dental diets are available which have a specialized texture that increases the removal of plaque while chewing.

You can use any combination of the above products to help maintain your dog’s dental health. When evaluating different products and brands, look for a small white square label that says “VOHC approved” on it. The Veterinary Oral Health Council or VOHC provides a seal of approval for products that are clinically proven to reduce plaque and tartar in dogs.

Even if your pup receives regular at-home dental care, it is necessary to have dental prophylaxis at least once a year with your veterinarian. The American Veterinary Dental College recommends general anesthesia for these cleanings in order to protect your dog from inhaling bacteria that gets aerosolized when scaling. This is also the best way to ensure that cleaning can take place below the gum line. Dentals that are performed while pets are awake fail to eliminate disease-causing tartar beneath the gingival sulcus and beyond, and so these dentals are not effective for treating and preventing periodontal disease.

During dental prophylaxis, dental x-rays are taken to look for disease below the gum line and around the bone. Teeth that have lost more than 50% of their surrounding bone will need to be extracted because they are painful and are a source of infection. Teeth with very minor bone loss can be treated with antibiotic gels that are placed below the gum line to help heal periodontitis. All remaining teeth are scaled to remove tartar and then smoothed with a polishing tool.

Periodontal disease will affect almost all adult dogs at some point in their life. With early intervention and routine dental care at home, you can prevent more advanced stages of periodontal disease, and best of all, you can help keep your pup’s breath fresh for all of those kisses that he provides! 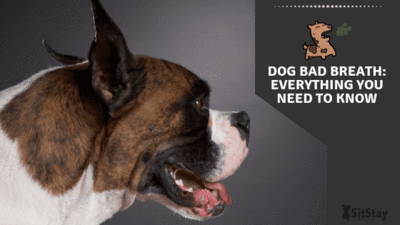 Dog Bad Breath: Everything You Need To Know 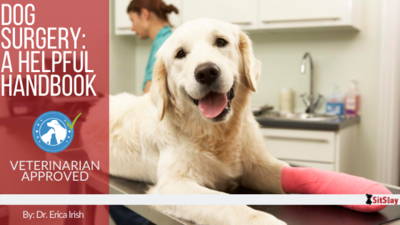 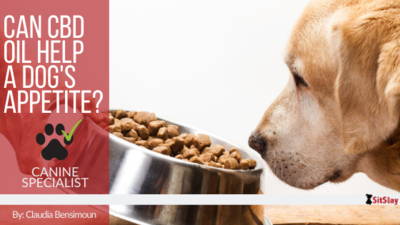