Nailing it properly: How to cut dog nails It makes no difference which dog you have, all their nails grow at different lengths. Some dogs get their exercise from softer surfaces; sometimes these surfaces don’t allow a dog’s nails to get filed down much. Dogs that get their exercise on harder surfaces like concrete sidewalks, for instance, might have their nails worn down naturally. In the wild, wild animals keep their nails trimmed even on the softer ground but it’s because they are out there all the time, day and night – that’s what they’re made to do. But domesticated dogs – well, their nails need to be trimmed occasionally.

Problems arise if the nails get too long

Sometimes you will only notice that your dog’s nails are getting long when the furniture gets torn or scratched or when the floor gets scratched. You might even get annoyed and blame it on Fido. But it is not his fault. When his nails are left to get too long they can cause him pain and even injury.

In extreme cases where nails are allowed to get too long on a dog, the discomfort of the long nails can put stress on his joints and can lead to joint pain and arthritis.

Clipping your dog's nails is much more than just a cosmetic chore. Veterinarians will tell you that unhealthy nails on a dog can cause pain and, in some more serious instances, trigger irreversible damage to a dog too.

Owners need to keep track of the rate at which their dog’s nails grow, and how to deal with it. Think about yourself – think of your nails getting long, they hurt your toes – sometimes you even find it painful to wear shoes. And what do you do to prevent it? You keep your nails trimmed.

Long nails can even reduce traction in a dog, and cause deformed feet, injuring the tendons over an extended period. As the dog’s long nails hit the ground, the pressure puts force on his foot and leg structure.

Getting down to trimming your dog’s nails You might not know it, but a dog’s nail consists of the living pink quick – the hard outer material is called the shell. It is the quick which supplies blood to the nail. There are nerves in the quick which cause bleeding and discomfort when cut. With regular nail trimming, the quick will recede from the end and shorter quicks are preferred for a dog’s well-being and easy maintenance. Cutting into the quick can be very painful and even cause bleeding.

Look at your dog’s nails – are they light colored and clear looking? – You probably will be able to, in clear light, see where the cutting point is. With darker nails, it is more difficult to find out where the nail ends and the quick starts.

Don’t try and do it yourself if you are not sure about doing it. Rather take the dog to the vet so that he can do the trimming. The vet will also know how to keep the dog calm enough to get the job done. And they have the right tools. The vet will have clippers designed to cut through a dog’s thick nails – human clippers won’t work here.

If you notice your dog limping or licking his feet, maybe he is trying to tell you that his nails are hurting him. It could be just a matter of him needing his nails trimmed.

All the dog’s nails, which include the dew claw, will need to be trimmed. The dew claw, even though not used as the other nails, does grow and it can curl back and cause pain to a dog.

Cutting your dog’s nails at home If you are going to do it yourself at home, make sure you do it in a well-lit area. And if you have a pup, they will get used to the idea of having their nails trimmed. Try and make it a soothing experience for your dog, like rubbing his feet so they get used to being touched. If they sense anxiety in you, they will react to that and be fidgety too. Maybe someone can gently hold the dog while you trim to make it easier or give your dog a dosage of CBD before cutting to help calm their anxiety.  Don’t begrudge your dog this important chore, this is all part of being a responsible pet owner, it is part of looking after him and his health needs. 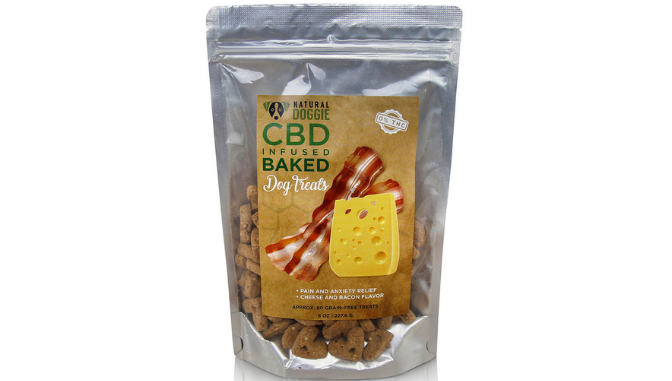 How to cut dog nails 2. Then snip off a small bit off the end of each of his toenails.

3. Place a small tip of the nail in the clipper and snip. If the dog’s nail feels kind of spongy while you’re trying to cut it, stop immediately because you are probably cutting into the quick. Stop any bleeding immediately.

4. If you do cut the quick you’ll have an unhappy dog and he will need a treat while you clean up the bleeding. The quick can bleed quite a bit, so you will either need a nail cauterizer which will stop the bleeding. Some styptic powder can also be applied using a cotton swab.

5. If you use a nail grinder rather than clippers, use the same method — hold your dog’s foot, turn on the grinder, and grind a little of each nail. 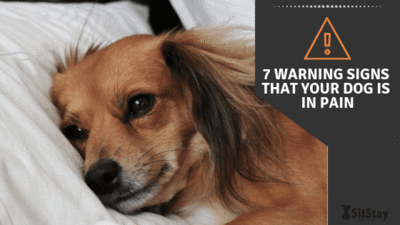 7 WARNING SIGNS THAT YOUR DOG IS IN PAIN 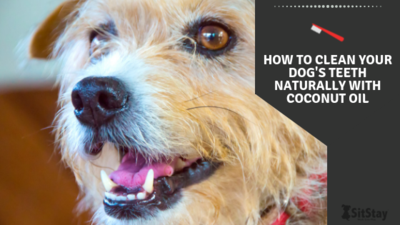 HOW TO CLEAN YOUR DOG'S TEETH NATURALLY WITH COCONUT OIL 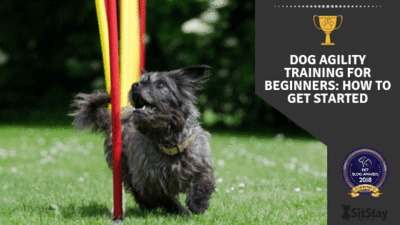 DOG AGILITY TRAINING FOR BEGINNERS: HOW TO GET STARTED 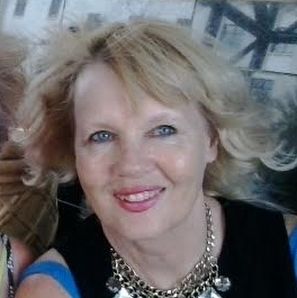 Molly Boman
Molly enjoys writing with experience covering topics all about dogs. she is an ardent lover of dogs and all other animals which is where her love of nature comes! When she gets the chance to be in the great outdoors she loves watching her grandchildren play with her pups in the sunshine!