Limber Tail in Dogs: What Pet Parents Need To Know

What is Limber Tail in Dogs? 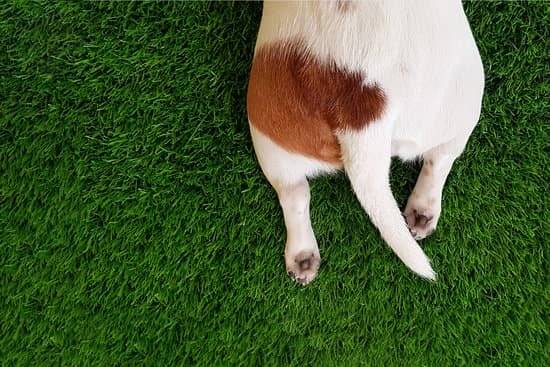 Limber tail is one of many names for a condition formally called Acute Caudal Myopathy. Some of the other common names include the cold-water tail, broken wag, swimmer’s tail, frozen tail, and sprung tail.

To understand Acute Caudal Myopathy better, the medical name can be broken down: “acute” meaning sudden-onset, “caudal” meaning hind end, and “myopathy” meaning muscle disorder: a sudden muscle problem at the tail base.

Dogs suffering from the limber tail will usually have a limp tail that hangs directly down (or a few inches out) from the base of the tail. The condition is often painful, so affected dogs can be reluctant to use their tail and may have difficulty getting comfortable. Seeing your dog with a suddenly limp tail can be both surprising and worrisome.

The good news is that the limber tail is relatively easy to manage and most dogs recover quickly. However, it is still essential to seek a veterinarian’s diagnosis to make sure that there isn’t a more serious condition mimicking the same symptoms as a limber tail.

Causes of Limber Tail in Dogs

Limber tail is ultimately an injury to the tail muscles, usually from overexertion. It most frequently affects working dogs, sporting dogs, and hunting dogs after intensive hunting or athletic training, especially if the dog hasn’t had proper physical conditioning leading up to the work. Therefore, breeds that have very active lifestyles (and sometimes jobs) like Pointers, Hounds, Labrador Retrievers, Beagles, and Setters are somewhat predisposed to an injury like a limber tail.

The limber tail can similarly crop up in the “weekend warrior” dog that is not an athlete nor conditioned to intense exercise. In these cases, the dog is usually quite sedentary at home a majority of the time. Then, once in a blue moon, the dog is taken somewhere that ends up causing a major physical exertion.

A common weekend warrior example leading to a limber tail is a dog that was taken to a lake, swam and played vigorously in the water until exhausted, and shows signs of the limber tail the following day. Swimming is particularly common leading up to limber tail because the tail can become strained as it acts like a rudder and helps with balance during intense swimming sessions. This is usually more work than the tail is accustomed to on land.

Although it is less understood, there is also an association of limber tail with cold, wet conditions. These conditions (especially in water that is too cold) may cause a temporary lack of blood flow to the region, resulting in muscle injury, swelling, and pain that present as the limber tail.

Lastly, the prolonged time spent in crates is a risk factor for a limber tail. A crate that is too small may make the tail lay unnaturally for extended periods of time. Additionally, long periods in crates make for unhealthy, sedentary conditions and, sometimes, explosive excitation when released – all increasing the risk of many types of injuries.

Symptoms of Limber Tail in Dogs

Pain at the base of the tail causes most of the symptoms of a limber tail. The pain may prohibit the dog from using the tail, or at least cause the dog to avoid using it.

Until something like this happens, one might not realize how important the tail is for everyday dog things. Keeping this in mind, the limber tail can manifest as the following symptoms:

If your dog is in enough pain to show any of these symptoms, seeing your veterinarian is the best choice to get proper diagnosis and treatment to make your dog more comfortable. Any of these signs can also indicate much more serious conditions that need immediate attention.

Any good treatment relies first on proper diagnosis. For this reason, you shouldalways consult with your veterinarian about any concerns regarding your pet’s health. Limber tail can be mimicked by other, more severe conditions that can be detrimental if not properly and promptly addressed.

For example, spinal cord injuries; vertebral fractures; or tumors, arthritis, or infections near the spine or tail can all present themselves similarly to limber tail. The veterinarian will need to palpate the muscles and bones of the spine and tail. He or she may then recommend x-rays, blood work, or other diagnostics to help determine the exact cause.

If your veterinarian finds limber tail is the likely cause of your dog’s symptoms, the treatment is pretty straightforward:

Given the proper rest and treatment, most cases of limber tail improve or completely resolve within a matter of days. It is uncommon for symptoms to linger for more than 2 weeks, so a recheck appointment will be necessary if there isn’t a complete resolution.

The condition may or may not recur over time – if it does recur, one should identify what activities caused the injury and how to reduce the risk in the future. Some of the best limber tail prevention techniques are to gradually expose dogs to exercise, to build endurance slowly, to keep up good physical condition, and to know any individual dog’s limits. Let’s aim to keep those tails happy! 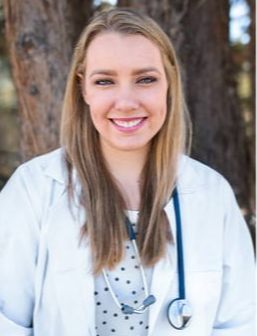 Dr. Gina Brandstetter has always had a passion for helping animals and has been working in the veterinary field since 2011. She completed her Doctor of Veterinary Medicine degree in 2018 from UC Davis School of Veterinary Medicine. She is especially fond of senior pets and enjoys focusing on wellness and preventative medicine. She is the owner of a happy Labrador and two guinea pigs. Outside of veterinary medicine, Dr. Brandstetter enjoys basketball, reading, and spending time outdoors.