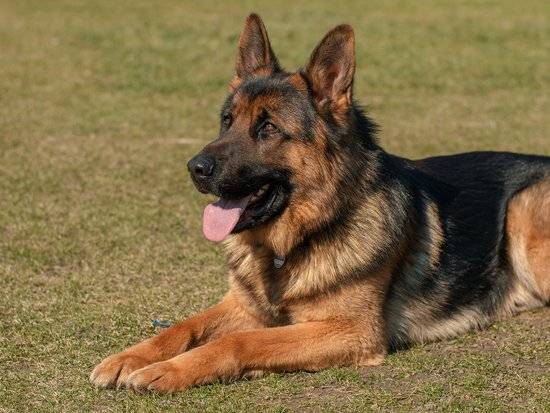 When you’re out in public, it is common to see a working dog in a public place. Some of them may be used at large events or in airports to detect weapons and drugs while other canines are used as service dogs for citizens with disabilities. The Labrador Retriever is one of the most popular breeds for these tasks, but what about other breeds like the German Shepherd? And what does it mean to be a service dog?

What is a service dog?

In order to utilize a service dog, a person must be considered “disabled” under the Americans with Disabilities Act, meaning that the person has significant limitations in a major capacity. Service dogs are considered working animals, not pets, and they must be trained to be well-behaved and focused at all times. If you see a service dog at work, he might be wearing a vest that says, “do not a pet, service animal at work.” This is because any petting or other forms of interaction might distract the service dog from doing his job.

Can German Shepherds be service dogs?

When most people think of German Shepherds in a working capacity, they usually think of them being employed by law enforcement and military personnel. However, their speed, agility, and intelligence were actually honed during the late 1800s when breeders worked to create the ideal farm dog for herding sheep. German Shepherds are one of the most versatile breeds and, in short, make excellent service dogs. They are a physically capable breed and are also strong, courageous, and focused. Historically, the German Shepherd is one of the first service breeds on record.

Morris Frank was the co-founder of the first guide-dog school in the United States. He was completely blind by the time that he was sixteen years of age. By the time he was 19, he had heard of a dog trainer named Dorothy Harrison Eustis who lived in Switzerland and had previously worked with another training school in Germany that trained guide dogs for blind World War I veterans. After he wrote to Mrs. Eustis, she invited him to Switzerland to be paired with a guide dog. In June 1928, he came back to the United States with a female German Shepherd dog that he named “Buddy.”

Mr. Frank’s guide dog changed his life. When he became completely blind, he felt that he had lost his independence. Thanks to Buddy, he felt free again. Morris Frank became a big advocate for allowing guide dogs in public places, in hotels, and on trains. He also made sure to bring training practices over to the United States by helping to start the first guide-dog training school called The Seeing Eye, which is now located in Morristown, New Jersey. The Seeing Eye is one of the first schools to use German Shepherd dogs for service workers.

German Shepherds are considered a large breed that can assist people in many ways. Because of their strength and height, they can help disabled children with balance while walking. Their keen sense of sight and focus make them excellent guide dogs for the deaf and blind. German Shepherds are also very intelligent, so they are good at reminding owners when to take their medications and can be trained to detect an anxiety attack before it happens.

There are many excellent training programs and schools for guide dogs and service animals. Many of the best schools start out training their service dogs as six to eight-week-old puppies. Before they graduate from one to two years of age, they might start to work with their future owners for an extended period of time. For guide dogs at The Seeing Eye school, owners actually stay at the school as students while they get to know their new service dog. Owners may choose to train their dogs on their own, but trained professionals may be able to help train a dog faster and will be the best people to determine if a service dog is suitable for going out in public. Dogs that are easily distracted or too sociable may not be ideal service dogs.

Service dogs have an extremely important role in our society. Many disabled people simply can’t get through the day without their assistance. German Shepherds are known for their intelligence, speed, bravery, and focus. For these and many other reasons, German Shepherds make excellent service dogs. They can be trained by professional guide dog trainers or can be self-trained by their owners. A list of reputable breeders can be found on the website for the German Shepherd Dog Club of America. 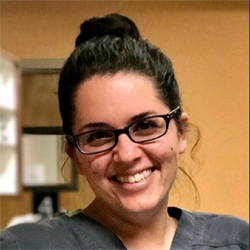