Cavalier King Charles Spaniel: What you need to know as an owner! This magnificent little dog is a direct descendant of the Toy Spaniels that you have probably seen pictures of from the 16th-18th century.
Mr. Roswell Eldridge, an American dog breeder, who adored the little ToySpaniels came to the UK in the 1920s, and because he could only find a few options, at the annual Crufts show, he offered a price for the best male and female breeds he could find. This sparked much interest in the King Charles Spaniels. However, they did not receive the American Kennel Club recognition until 1996.

In 1903, four separate spaniel toy breeds were combined by the Kennel Club to be called the King Charles spaniel. King Charles II loved the breed and that’s where they got the name from. Moreover, these dogs were occasionally featured next to their royal owners in paintings by some of the greatest artists of the time, including Titian, Van Dyck, and Lely. Being irresistibly charming, King Charles II would not go anywhere without at least three of his spaniels running at his heels. Some even criticized the king for neglecting his kingdom in favor of looking after his beloved dogs! He was also known too as the Cavalier King so that name also comes into the spaniel's title, that of Cavalier King Charles Spaniel!

Can you believe that they were often brought into the beds of people with the aim of them attracting fleas instead of their owners, saving their owners from The Plague and other diseases? In 1985, President Ronald Reagan gave his wife one of these gorgeous little dogs for Christmas. The dog was taught to turn on the Christmas lights with his paw! Rex, as he was called lived in the lap of luxury and when President Reagan left office, Rex was given a new doghouse shaped like the Whitehouse and also lined with a carpet from Camp David itself! Lauren Bacall, too, one of the last of the great actresses of the cinema's golden era, was an ardent dog lover and was partial to the cocker spaniel as well, of which she was such a proud owner.

Is this cutie meant for you? Cavalier King Charles Spaniels are known to suffer from a few health problems.

These dogs can be known to suffer from patellar luxation, entropion, or syringomyelia. Other common problems include mitral valve disease and canine hip dysplasia as well. Sometimes you might even see retinal dysplasia in the breed. This doggie needs to have regular check-ups at the vet to ensure he is kept in peak health. Some pains can also be helped with the use of CBD for dogs which can be extremely helpful in a pinch.

What is the best diet I can give for my precious canine friend?

Of course, you will want to give your dog the best foods possible so that this loving companion will be with fit, right? An adult Cavalier King Charles Spaniel needs around 500-550 calories a day to maintain his target weight of about 15 lbs. This applies to both males as females, as there is not much difference in their sizes.

Bear in mind older dogs that have been neutered or spayed require fewer calories to keep their target weight whilst the very active dog who gets plenty of exercise will require more calories. Nevertheless, it is important to follow the feeding instructions on the packet of foods you give your dog.

Don’t overfeed, particularly wrong foods, because the small frames of smaller dogs are not designed to carry additional weight which can definitely shorten their lifespan and also cause joint problems.

Not just any dog Cavaliers get along with everybody – other pets, kids, and their owners. You just need to be careful that they are not accidentally hurt as a puppy or they may have fear towards the cause no matter what that might be. They just long to be a close companion and friend and that means, they might need another dog with them as companion and friend when you can’t be around.

The nickname of the Cavalier King Charles Spaniel is actually "The Comforter Spaniel" and this pretty much sums him up. They will want to sleep in your bed which is so wonderful for bonding. The Cavalier is gentle, sweet, friendly, trusting, energetic, playful, and dignified. They love everyone they meet and their soft, warm eyes look at you as if they understand your every mood.

Have you got on empty space in your heart that needs filling? Try the Cavalier King Charles Spaniel; they will become your baby in no time! 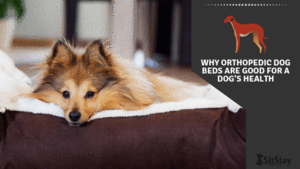 Why orthopedic dog beds are good for a dog’s health 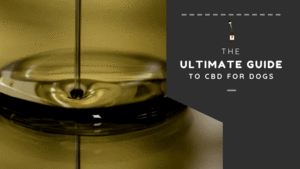 What is CBD for dogs? The Ultimate guide to hemp and CBD oil for dogs 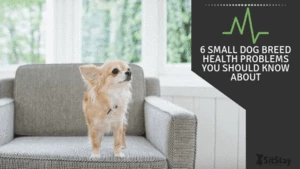 6 Small Dog Breed Health Problems You Should Know About 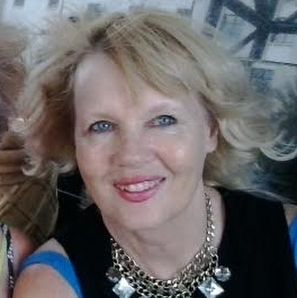 Molly Boman
Molly enjoys writing with experience covering topics all about dogs. she is an ardent lover of dogs and all other animals which is where her love of nature comes! When she gets the chance to be in the great outdoors she loves watching her grandchildren play with her pups in the sunshine!

Comments will be approved before showing up.

Grab our newsletter and some unique discounts now!