Is Hemp Oil Good for Dogs? 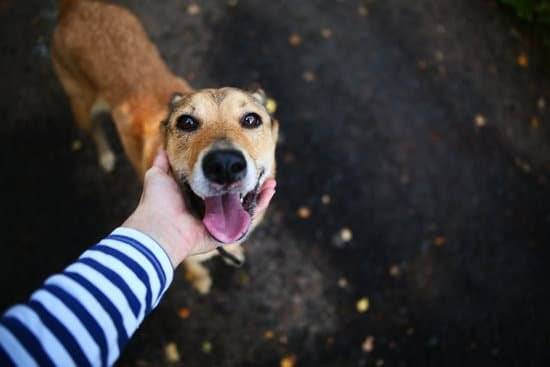 We all know by now thathemp oil for pets is not psychoactive, and contains no tetrahydrocannabinol (THC). The growing interest among pet parents in hemp oil for dogs in its full spectrum form keeps growing. That said, hemp oil may offer numerous health benefits from helping ease canine anxiety to reducing hip and joint issues, and much more.

Exciting new research keeps popping up, though we still don’t have absolute claims about what hemp oil can do for pets and people, or the long-term effects of using hemp oil. As a natural supplement, high-quality hemp oil that is USA sourced and manufactured, and that is free of contaminants like glyphosate, are safe and beneficial for pets. Better yet, veterinarian-approved!

With hemp-based supplements for dogs and cats becoming a popular choice for pet parents, we see that numerous studies about CBD pet edibles, capsules, transdermal patches, shampoos, tinctures, and gels have demonstrated the effectiveness of hemp oil for treating geriatric and chronic pain in all our pets! Hemp oils for pets are also effective for combating stress which results in numerous health problems in people and pets.

Pet parents seeking to get help for behavior problems with their dogs need to keep in mind that they can turn to several sources like behaviorists, positive dog trainers, and veterinarians for the most comprehensive care. Additionally, when choosing a hemp oil for your furry best friend, you’ll need to have a behavioral diagnosis after ruling out any medical problems.

What Is Cannabinoid Oil?

CBD is a non-psychotropic phytocannabinoid and offers both therapeutic and medicinal purposes for humans and pets. CBD is natural, safe, and is derived from hemp and cannabis. This natural supplement is mostly extracted from industrial hemp. It also has a higher CBD content than marijuana.

There are numerous pet dietary supplements that contain CBD based- formulas created by veterinarians. This makes plenty of sense today for pet parents because they are faced with numerous CBD pet products to choose from. By opting for CBD/hemp pet products with the veterinary stamp of approval, you’ll be ensuring safety and efficacy when choosing a product for your dog.

The Endocannabinoid System in Dogs and Hemp Oil

Researchersfrom theUniversity of Tel Aviv alsodiscoveredthat cannabinoid receptors within our bodies stimulated bone formation and inhibited bone loss. This paves the way for the future use of cannabinoid drugs to combat osteoporosis and other bone-related diseases.

According to Dr. Gabet, of the Bone Research Laboratory at the Department of Anatomy and Anthropology at TAU's Sackler Faculty of Medicine and the late Prof. Itai Bab of Hebrew University's Bone Laboratory, “Our bodies are equipped with a cannabinoid system, which regulates both vital and non-vital systems. "We only respond to cannabis because we are built with intrinsic compounds and receptors that can also be activated by compounds in the cannabis plant," he said. The researchers found that the skeleton itself is regulated by cannabinoids. Even the addition of a non-psychogenic compound acting outside of the brain can affect the skeleton,” via Science Daily.

"The clinical potential of cannabinoid-related compounds is simply undeniable at this point," said Dr. Gabet. "While there is still a lot of work to be done to develop appropriate therapies, it is clear that it is possible to detach a clinical therapy objective from the psychoactivity of cannabis. CBD, the principal agent in our study, is primarily anti-inflammatory and has no psychoactivity,” says Dr. Gabet.

The researchers concluded the following "We found CBD alone to be sufficiently effective in enhancing fracture healing," said Dr. Gabet. "Other studies have also shown CBD to be a safe agent, which leads us to believe we should continue this line of study in clinical trials to assess its usefulness in improving human fracture healing."

The latest research has also demonstrated that CBD may have beneficial therapeutic effects, and can help combat anxiety, epilepsy, tumor growth and more. It may also help to promote your dog’s skin and coat health, and may also reduce brain neuron inflammation in both pets and people.

A 2018 study from Cornell University adds that “TheCornell study found that dogs who took ElleVet's proprietary hemp oil blend showed significant improvement over dogs that received the placebo. The study determined that ElleVet's hemp oil blend is "efficacious for pain in dogs with osteoarthritis, chronic joint pain, and geriatric pain and soreness; with dramatic beneficial effects in our more geriatric patients." Over 80% of dogs who have used ElleVet Mobility soft chews have seen a significant or dramatic improvement. Veterinarians have called ElleVet soft chews, "A game-changer that will change the face of veterinary medicine," via Cornell University.

In a2019study publishedin the American Society of Microbiology, it was found that CBD may soothe many bacterial skin diseases because of its anti-inflammatory properties. Mice with melanoma had increased inhibition of tumor growth. It also reduced swelling and inflammation in mice.

Another interesting smallerstudy done in Canada demonstrated how CBD oil helps reduce the pain of skin wounds, abrasion, injuries, and burns. In cases where patients would normally have relied on opioids for intense pain, patients using CBD oil found relief. Here’s what the study mentions.

“The ideal methods of pain relief for wound patients are modalities that are topical, lack systemic side effects, noninvasive, self-administered, and display rapid onset of analgesia. Extracts derived from the cannabis plant have been applied to wounds for thousands of years. The discovery of the human endocannabinoid system and its dominant presence throughout the integumentary system provides a valid and logical scientific platform to consider the use of topical cannabinoids for wounds. We are reporting a prospective case series of three patients with pyoderma gangrenosum that were treated with topical medical cannabis compounded in nongenetically modified organic sunflower oil. Clinically significant analgesia that was associated with reduced opioid utilization was noted in all three cases. Topical medical cannabis has the potential to improve pain management in patients suffering from wounds of all classes,” via PubMed.

How to Use Hemp Oil on Dogs?

The potency of CBD oils both in capsule form and those that come in tinctures are much more potent compared to the potency of CBD oils in treats and other edibles. A few product lines contain Phyto-cannabinoids, terpenes and fatty acids which support a huge range of ailments like phobias, joint pain, inflammation, digestive issues, mobility, seizures, and anxiety. These CBD product lines are extremely beneficial to pets. As usual, consult with a CBD savvy veterinarian to get the best advice for your dog.

Hemp Oil for Seizures in Dogs

A recent 2019 clinicaltrial atColorado State University College of Veterinary Medicine on seizure frequency in dogs adds “Scientists have found in a small study that 89 percent of dogs who received CBD in the clinical trial had a reduction in the frequency of seizures. Nine dogs were treated with CBD, while seven in a control group were treated with a placebo,” adds Dr. Stephanie McGrath.

Another interesting 2015 study from the University of Tel Aviv adds that “the administration of the non-psychotropic component cannabinoid cannabidiol (CBD) significantly helps heal bone fractures. The study, conducted on rats with mid-femoral fractures, found that CBD -- even when isolated from tetrahydrocannabinol (THC), the major psychoactive component of cannabis -- markedly enhanced the healing process of the femora after just eight weeks,” via Science Daily.

What Can Hemp Oil Do for My Dog? 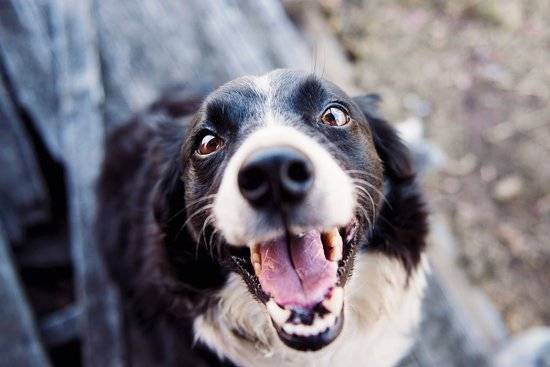 We know that CBD is still being researched for long term effects. CBD or cannabidiol can be included in their pets’ healthcare plan. Talking to your veterinarian and understanding more about dosage and potency is important. Although CBD oil questions with veterinarians are restricted via CBD law, a holistic veterinarian will be able to guide you with an effective CBD pet product choice and help with the right dosage for a pet’s particular health condition.

Is Hemp Oil Safe for Dogs?

Dosage depends on a dog’s size and must be determined with a veterinarian. There are no real negative side effects known yet, and studies are still being done to see whether there are long term side effects.

CBD may sometimes have a few side effects on pets. It may make your pet drowsy if the dosage is too high, but is usually well-tolerated in most pets. That said, there may be side effects if your dog suffers from low blood pressure, or is taking certain medications. As of yet, there are no conclusive results showing negative serious side effects from CBD.

With new CBD pet product lines geared toward healing and nurturing, the use of CBD oil-based products for pets has become more extensive with product lines adding CBG, CBD, CBN, and CBA. These all work together to reduce anxiety, reduce bacteria, help with skin problems and hot spots, reduce pain, and provide numerous other positive benefits for pets.

So far, there has been no conclusive evidence that hemp oil is effective in fighting cancer in dogs. Reliable, high-quality, organic, non-GMO, USA sourced, CBD pet brands will have more health benefits because they will have fewer contaminants.

Choosing the right hemp oil product for your dog is important. The large variety of CBD/ hemp products that are available via tinctures, edibles, gels, creams, shampoos and more will have a range of different potencies and efficacies for numerous conditions. Most veterinary conditions will require routine veterinary care by your veterinarian.

In addition, vaccinations, parasite control, and dental cleanings are an important part of pet care. Adult dogs should have a complete veterinary examination at least twice a year. If your dog shows signs of illness, visiting your veterinarian first before purchasing a CBD pet product is always recommended. 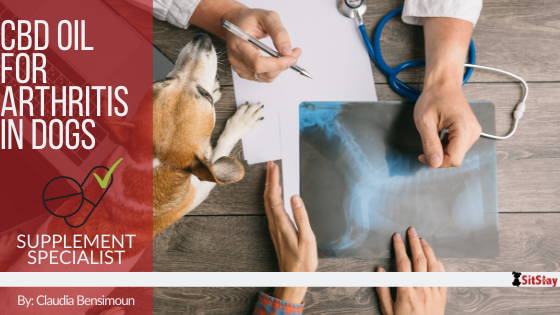 CBD For Arthritis in Dogs 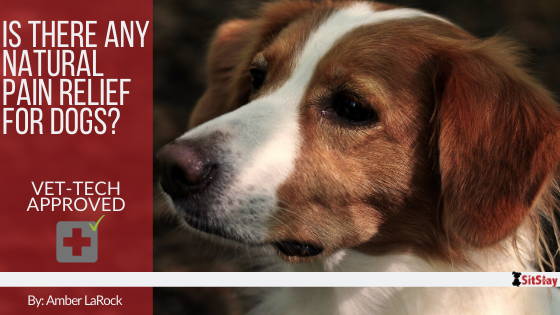 Is There Any Natural Pain Relief For Dogs 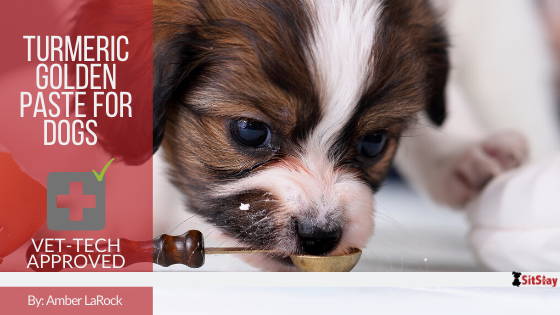