The Breakfast Effect in Dogs 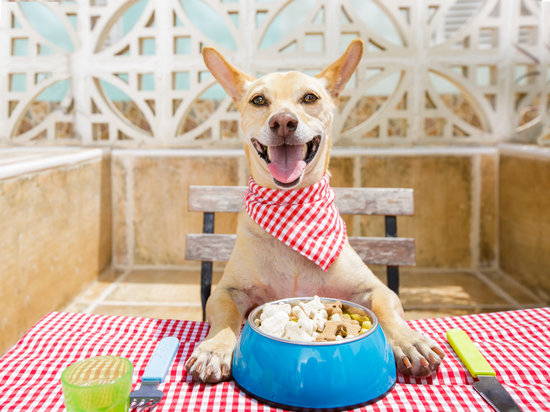 For centuries,dog handlers have employed the exceptional scenting abilities of dogs to make the world a better place. Searching out explosives, detecting pests, and alerting children with peanut allergies are just some of the ways humans have put canines to work. Many people find it easy to accept that nutritional factors can influence brain function in dogs. Now there is solid evidence that breakfast plays an important role in the searchperformance of trained canines.

Studies at the University of Kentucky suggest that eating a morning meal increases search accuracy in dogs. Dr. Holly Miller and colleague Charlotte Bender tested the search performance of trained domestic dogs after either consuming breakfast or fasting. Earlier studies demonstrating results that children do better in cognitive exercises when they have eaten breakfast, led Dr. Miller to wonder whether breakfast would also improve dogs'performances.

This study concentrated on a dog's accuracy on finding hidden food and investigated the effect of a dog consuming breakfast beforehand. The dogs were shown a treat that was then hidden in one of six containers.

The results were eye-opening.

You may think that thedogs that were fasting would have retrieved the food first, since they would be more likely to be the hungriest. However, dogs that had already eaten breakfast 30 minutes before the search displayed greater search accuracy. The study found that dogs that searched 30 minutes after a meal were more accurate than those canines that searched when hungry.

An earlierstudy by Dr. Miller indicated that the exertion of self-control depletes dogs' energy levels as well as their ability to perform certain tasks. To ensure that all the canines tested had somewhat depleted energy levels before the search test began, the dogs had to show self-control for ten minutes by completing a sit/stay exercise.

Researchers considered these results supportive of the theory that children do better in cognitive exercises when they have eaten breakfast. But is the same true for their wild relatives, the closely related wolves, coyotes and jackals? "When wolves, coyotes, and jackals eat a diet that is rich with carbohydrates like such as in commercial dog food, their brains are more dependent on glucose and more affected by fluctuations in glucose levels. But with a diet of hunted meat, where the carbohydrate level is low but fat content is high, the brain

switches to its secondary fuel source of ketone bodies instead of the preferential glucose," Dr. Miller explains in an interview with BBC Nature.

Three water-soluble compounds, known as Ketone bodies, are produced as by-products when fatty acids are broken down for energy in the liver. Two of these ketone bodies are used as an energy source in the heart and brain. The third is excreted from the body. In the brain, ketone bodies are an important source of energy during fasting.

Then, after the fourth day, this will increase to 70%. Nonetheless, during the initial stages, the brain does not burn ketones because they are an important substrate for lipid synthesis in the brain. "If these animals are consuming a natural diet that is not scavenged from the dump, they are probably in a state of ketosis where energy for neural processes does not fluctuatemuch. This means that one small meal may not have a big effect on problem-solving and may make wolves and coyotes less impulsive and more cautious. When hungry they become less able to control their behavior and this might be why, when hungry, they are so much more dangerous and unpredictable," says Dr. Miller via BBC Nature.

The key finding to this interesting study is that dogs searched more accurately thirty minutes after a meal than those dogs that had not eaten. The study has been published in the journal Behavioral Processes. While the study officially dealt with canine search work, there may be a similar link to doing agility as well. If you normally don't feed your dog breakfast before training and competing, consider trying it (leaving time so that your dog doesn't work hard on a full stomach, of course) and see if it improves his performance. 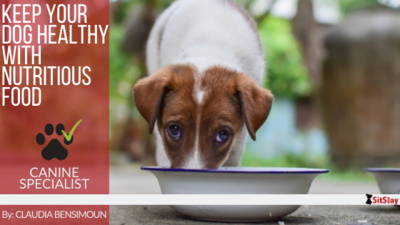 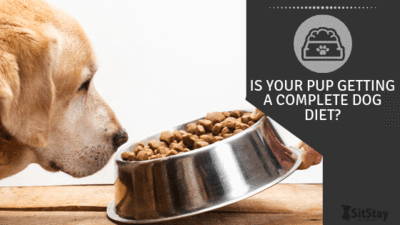 Is Your Pup Getting A Complete Dog Diet? 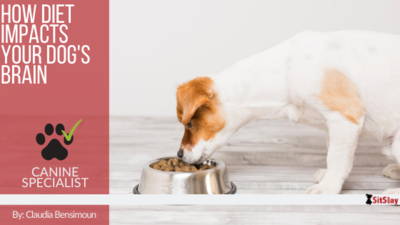 How Diet Impacts Your Dog's Brain